SYNOPSIS : The elephant-head God, Ganesh, is one of the most revered and colourful of the Indian deities, and his story is also one of the most entertaining one. This animated feature brings to life the adventurous story of his birth and his confrontation with Lord Shiva, thus leading, to him receiving his elephant head. Â This film also weaves highly entertaining, little-known, episodes from his life, culled from various folklore, making for a unique and fluid introduction to Lord Ganesh 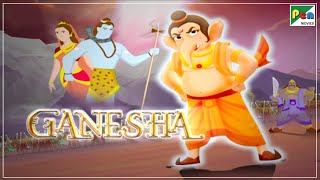 Watch Now
X
Disclaimer - We don't host any of these videos on our servers. The intellectual property rights this Movie/Web Series belongs to their respective owners.
Copyright Claim?
Similar Movies
Sundarakanda