Born in a Marathi-speaking Koknastha Hindu Brahmin family consisting of dad, Shankar, mom, Snehlata, sisters, Rupa and Bharati, and brother, Ajit. An acclaimed Kathak dancer, acting was not her goal, for she wanted to be a Micro-biologist, and did study in that course in Bombays Parle College, in Vile Parle (East), Bombay. She first appeared on ......
Madhuri Dixit Movies [55]
The Fame Game 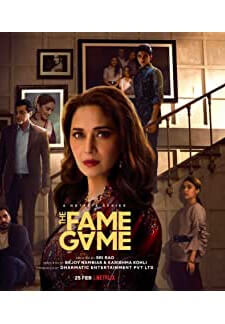